Wind Farm May Be Built Off Long Island

New York State has pledged to be a leader in renewable energy. Developing this 127 square mile wind farm would be a huge step towards achieving that goal. 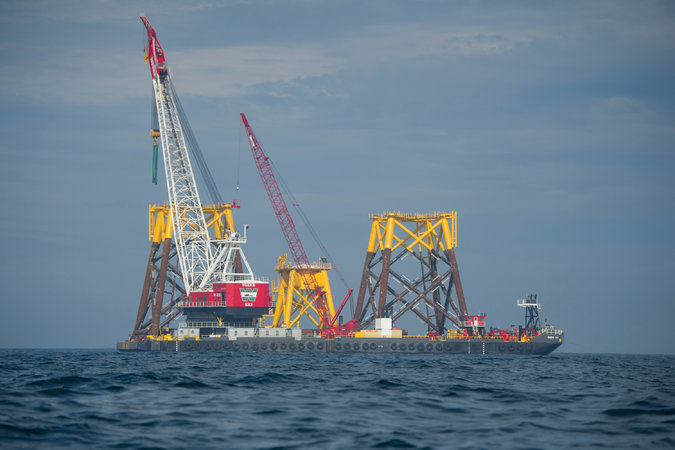 Construction of a wind farm off Block Island, R.I., began in July, with a barge carrying pieces of foundation that were to be sunk and stabilized in the water.

An area in the windy waters off Long Island has been designated as a possible site for a wind farm, the federal government announced on Wednesday.

New Yorkers will not be seeing offshore turbines anytime soon, however. The Interior Department and its Bureau of Ocean Energy Management said they were moving toward auctioning a lease for the site, about 11 nautical miles off the coast of Long Beach and stretching about 26 nautical miles to the southeast.

The process of planning the wind farm, which could take several years, involves environmental assessment, an auction, further assessments of the site and construction plans, and an environmental impact report. Much of the planning is also submitted to the public for comment.

This site, about 127 square miles, was chosen after the New York Power Authority, a state agency, submitted a proposal to the ocean energy bureau to build wind turbines there in 2011.