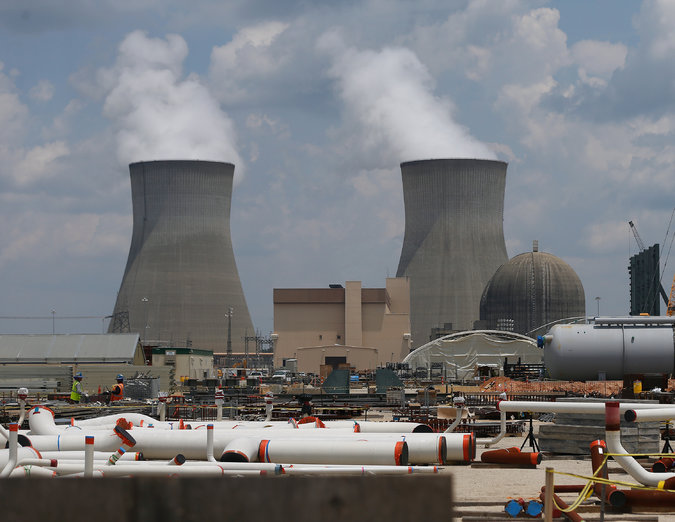 A nuclear reactor under construction in 2014 in Georgia. The government is encouraging the development of new reactor designs, and is giving two companies grants of up to $40 million each. Credit John Bazemore/Associated Press

The Obama administration is providing seed money for two advanced nuclear reactor designs, part of its effort to keep nuclear power in the nation’s energy mix over the next several decades.

The Energy Department said it would provide up to $40 million each to two companies, X-energy and Southern Company, over about five years to help develop the alternative reactor designs. As a start, the department, which announced the investments last Friday, is giving each company $6 million this year.

Nuclear energy, which produces practically no greenhouse gas emissions, accounts for 19 percent of the electricity produced in the United States. But safety and radioactive waste handling have long been issues, and in recent years abundant, inexpensive natural gas has disrupted the economics of energy production, making some nuclear plants unprofitable. A few plants have been closed and only five new plants are under construction.

The Energy Department has worked to extend the operating lifetime of existing plants for 20 years beyond their original 40-year licenses. Even so, without further licensing extensions, many of the nation’s 99 operating plants will have to shut down by 2030.

The government has been helping to finance research on new reactor designs for years, but as yet no designs have reached the market. The department expects that a type called small modular reactors will be the first new designs to begin operating, in the mid-2020s.

These reactors are smaller but use the same basic technologies as current plants. They can be built in factories, reducing costs, and although they produce far less power than large plants, units can be added as needed.

The financing announced last week by the energy secretary, Ernest Moniz, is for even more advanced technologies that may not be deployed until the mid-2030s at the earliest. In addition to electricity production, some of these advanced reactors could be used for other industrial processes, including desalination.

X-energy is working on a so-called pebble bed reactor, in which the uranium fuel is contained in ceramic- and graphite-covered balls rather than long, thin rods, and is cooled by gas rather than water. In such a design, the fuel cannot melt down in an accident, so a reactor should be able to be safely located close to population centers.

Southern is working with TerraPower and research groups on a design that uses molten chloride, which acts as both coolant and as the medium for the fuel. The material is designed to be self-cooling in an accident, without the need for emergency water cooling systems.