California and Germany, Opposites With a Common Energy Goal 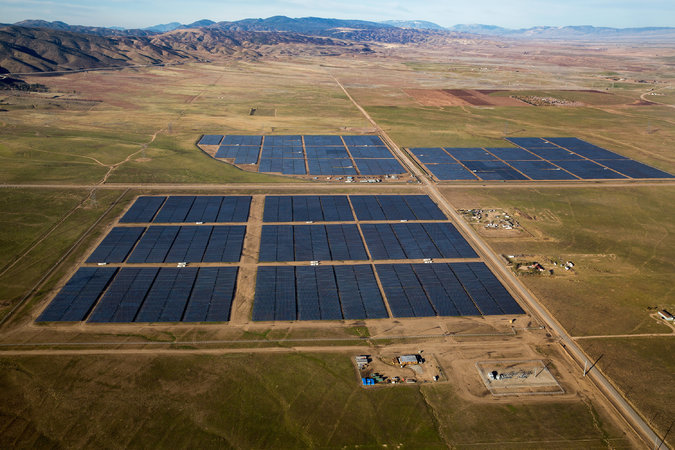 PARIS — One is a European country known as “the powerhouse of Europe” that struggles against soggy winters and seemingly endless gray skies. The other is a digitally driven American state, known as “the Golden State,” for its abundant sunshine and year-round growing season.

One is determined to lead an energy transformation through carefully drafted laws and regulations; the other is driven by an inventive spirit of boundary-pushing and experimentation.

And one is a crucial player in behind-the-scenes negotiations in the Paris climate talks, while the other has no formal role whatsoever but is a ubiquitous, cheerleading presence, with its governor and former governor popping up all over town this week at high-profile events.

In many facets, Germany and California could not differ more. Yet they share one overarching goal: to develop climate-friendly energy solutions that can serve as a model for the countries now meeting in Paris, as they each try to curb carbon emissions.

The two locuses of energy innovation have recognized their mutuality and have become close collaborators, traversing the nearly 5,700 miles to share ideas and study the other’s best practices. 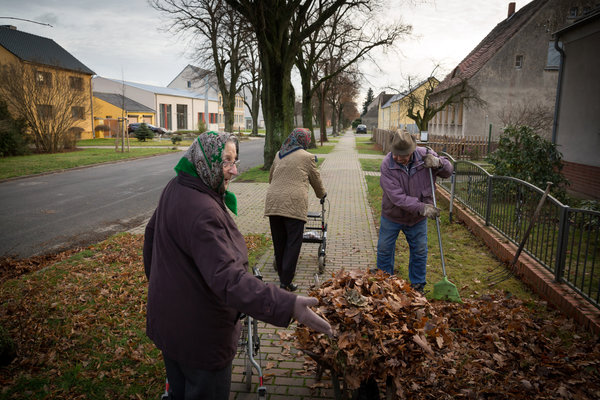 Collecting leaves in Feldheim, Germany, an energy efficient village that has a heating plant fired by wood chips. The village supplies power and heat for its inhabitants with entirely local renewable resources. Credit Gordon Welters for The New York Times

LichtBlick, a clean-energy provider based in Hamburg, Germany, has teamed up with Tesla Motors to help homeowners in Germany integrate its renewable energy storage cells into the country’s grid.

Beyond the mutual benefits, the experiences of California and Germany — both of which have managed to keep their economies chugging, and even growing — are seen as laboratories for the kinds of ideas that could help 195 countries and the European Union reach emissions targets that they have at least generally pledged to meet. 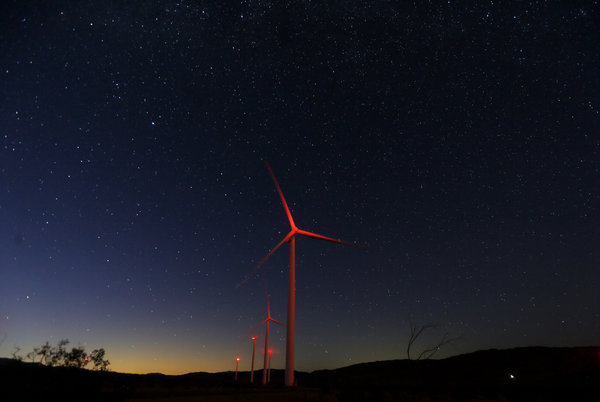 Wind turbines at the Imperial Valley town of Ocotillo, Calif. Both Germany and California are expanding their clean power, especially wind and solar, to ensure that it accounts for more than a third of all energy generated by 2025. Credit Sandy Huffaker for The New York Times

“Germany and California have to become learning hubs for the rest of the world,” Robert Weisenmiller, chairman of the California Energy Commission, said this year during a visit to Berlin, where he exchanged ideas with policy makers and others involved in Germany’s renewable energy programs.

Germany, with nearly 83 million people, has more than twice the population of California. Both are expanding their clean power, especially wind and solar, to ensure that it accounts for more than a third of all energy generated by 2025. Both want to slash their carbon emissions to 80 percent of 1990 levels by 2050. And both are seeking ways to improve their respective transportation sectors, in which they share a love of fast, gasoline- or diesel-powered cars.

“There have constantly been conversations between California and Germany regarding renewable energy and how to bring it into service in the best possible way,” said Angelina Galiteva, a founder of the California-based Renewables 100 Policy Institute, which promotes the transition to renewable energy and recently showed a group of German and other European experts around Sacramento and Silicon Valley.

For all the similarities, there are also profound differences that reflect the local cultures, the makeup of the power grid and the role of government in determining energy policy.

One of the elements that most baffled the Germans visiting California was the realization that residents with solar panels on their homes were not required to share information with operators about how much power they planned to generate, or the amount they would draw from the grid.

Such a laissez-faire approach would be unthinkable in Germany, where the grid is overseen by a government entity, and “smart” meters that gather and relay such information will be required from next year.