For over a century, Aspen, Colorado, has been a pioneer in the renewable energy community. Earlier this year, the city achieved a new milestone in reducing its carbon footprint.

In August, Aspen became the third community in the United States to use only renewable energy as the source for electricity, joining Burlington, Vermont, and Greensburg, Kansas.

“This has been a project that was started in the mid-2000s, and there were a lot of activities over the years to get here,” said Dave Hornbacher, director of Utilities and Environmental Initiatives for the City of Aspen. 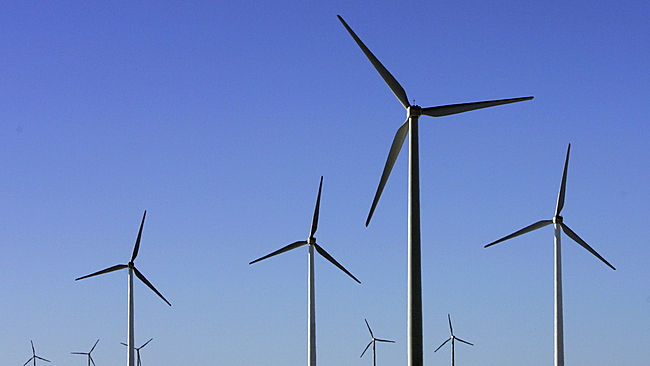 Windmills generate electricity on Colorado’s largest wind farm, Colorado Green, south of Lamar, Colo., Jan. 4, 2007. Colorado Gov. Bill Ritter and his allies in the Legislature are sending a message to the state: The energy future is now __ and its renewable, they say. (AP Photo/Ed Andrieski)

The history of renewable energy in Aspen started back in 1885 when they became the first municipality west of the Mississippi River to use hydroelectric power.

Since then, the city has been making adjustments to its power grid and coming up with new ways to exclusively use renewable energy.

Some of the biggest changes have occurred in just the past 10 years after the city developed the Canary Initiative, a plan to reduce the city’s carbon footprint and achieve 100 percent renewable energy in 2015.

Read the rest at Accuweather.com